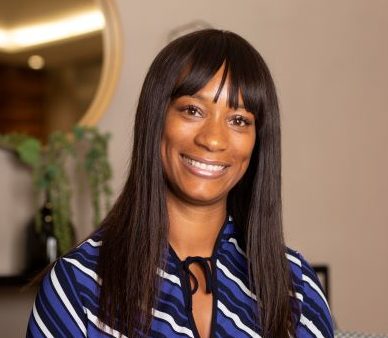 In recognition of Black History Month, Women in PR has launched a series of inspiring profiles with communications leaders. This week we spoke to Jennifer Thomas, former Director of Internal Communications & Experience at Direct Line, about her experiences of the industry and hopes for its future. 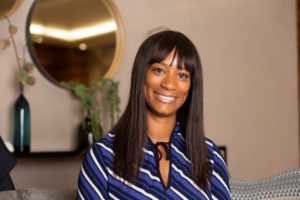 Do you think the industry has a diversity problem?

I think the communications industry has a lack of senior diverse talent, like a lot of other industries.  I also think that as an industry it’s still traditionally white.  As a result, young black people might self-select themselves out of the industry because they don’t see people who look like them.  This is also true for a lot of other industries and sectors as well.
If I reflect on my own experience, I selected the PR industry because I was passionate, but in my comms circle, for a very long time I couldn’t see anyone who looked like me and I had to change my style to fit in. Now that I’m more senior and I have more confidence, I don’t have to do that anymore, but I do worry about the younger generation and the fact that they can not see people who look like them at the top.  I think often we have to see it to believe it’s possible.

The problem however doesn’t stop at attraction to the industry. We also have an inclusion problem. There are now programmes to help with the attraction point but those are still very niche and specific. The question is how attractive are we are making our industry look to all minorities when they do internships and work experience. We should be looking to heighten the inclusion point and the attraction will come. From the young people I’ve mentored I’m still hearing about the challenges that they are facing and the fact that it’s hard to move up and be seen and heard in their organisations.  Once they’ve got that job it’s hard to be themselves and be really included.  On the attraction point, why would someone want to be a part of the industry if that’s how they feel, there will be nothing to drive our community into the sector.

What steps do you think we need to take to make the industry more diverse?

As with anything it starts with representation. Do we have a real mix of people within the organisation, what does the senior table look like and what steps do we take to increase the diversity? I’ll liken it to gender equality. We’re comfortable with saying that women can achieve what men can achieve so we put a structure in place for females to thrive. When it comes to race and ethnicity, I don’t think it’s any different. It’s about understanding the challenges and putting things in place to help them. It’s also about understanding that the route may be different from our white counterparts and that it’s never really a like-for-like situation.

Do you think brands should be talking about the importance of racial diversity and if so what are the best ways to address the topic?

Yes, I do think that they should address it, but I don’t think that it should just be at a brand level but at an organisational level as well. For brands to be completely silent, that makes them complicit. But the role that each brand plays needs to be specific to the business and to its people and to the people the business is trying to attract as customers and employees.  Having a voice and a plan of action should be seen as progressive but the tone needs to be considered.

What are your thoughts about brands that faced backlash following Black Lives Matter (BLM) statements that did not correspond to their internal practices?

I think this is a very emotive and sensitive subject so those are the reactions that you are going to get. I don’t think brands should worry about that personally but instead do what they feel is genuinely right. In the immediate aftermath of George Floyd’s death and resurgence of the BLM movement there were definitely some typical PR responses but companies can still learn from that. Even if there wasn’t much substance to some of the statements, you can build on that. The key is it can’t just be words; it has to be words that can convey an acknowledgment that leads to a plan that demonstrates some true action.

If you could sum up the reasons behind your success in a few sentences what would they be?

I think my success is due to my character. The very nature of who I am is a competitive driver who loves to succeed, and a lot of that has come from my sporting background, which I have been able to use in my career. I’ve had some real setbacks where I’ve had to demonstrate resilience for me to be able to carry on, and I haven’t done that alone. A lot of the time it’s about getting what I need from my family and friends, support from my work, and mentorship from people in my network who look like me.

I’ve had some great sponsors throughout my career but I’ve needed those women to help me navigate the situations that I’ve found myself in.  I think everybody really needs to do that soul searching for themselves, to figure out who they want to be and embrace that.  That’s the first step to building confidence and character in any industry.

It’s also important to find like-minded people who believe in you and who won’t let you settle. It’s really easy to settle, but I’ve had a series of people telling me I can achieve more. I’m a strong character but even I’ve really needed help. When I see people from ethnic backgrounds succeed and do well, I always think it’s still despite the world we live in and not because of the world we live in. It would be nice for us to be able to change that statement.

What does being a role model mean to you?

When I realised I had the opportunity to be a role model I took that really seriously. I didn’t want to be a role model in a fantastical way.  I was conscious to show the difficulties of my own struggles with my identity and how to be myself in the workplace. I was conscious not to showcase this image that it has been really easy because it hasn’t been. Everything from being a black women, to being a mother, to being an athlete, has influenced me and therefore I’m able to portray a realistic journey rather than something so farcical that people fall at the first hurdle because they can’t emulate.

What has been the biggest setback in your career and how did you overcome it?

The first big setback in my career was becoming a mother and trying to be the best parent I could be whilst still progressing in my career. I think it definitely set me back a couple of years as although I technically had the right structure in my work life to manage my home life, it took me a couple of years to get back to where I was in my career before babies and that knocked my confidence a bit. It was the first time it was knocked to that degree.

I got out of that by reassessing what was realistic for me achieve whilst still being a mum and how I needed to show up at work to show everyone that just because I’m a mum doesn’t mean my career is on hold. It took me a while to blend the two lives but I’m now at a point where those two are blended perfectly and I feel really confident showing up as Jennifer the business women and Jennifer the mother because they are now the same person!

Can you recommend any schemes, programmes for young black women trying to enter the industry?

Taylor Bennett. The thing that makes them so good is that it’s not just a placement but it’s the teaching and learning that you get from them as well. Its comprehensive.  Social networks, where you can exchange challenges and goals are also great and they don’t have to be comms specific. Together we’re stronger as a community and we can drive and learn from each other and I think we need that support.

What would be your advice to young females keen to enter the industry?

Always believe in who you are – take a risk and lean in to every opportunity!

I would also say that what has helped me is thinking about the people that can be your allies and sponsors.  It’s great if they can look like you but don’t discount different sponsors also. Diversity of sponsorship is really important. It’s not just about people who look like you. You need to think about a variety of people that can help in your career.

Do you feel the BLM protests have started to trigger real change in the industry or are people just paying lip service to the issue?

I don’t think we’ve seen real change yet because change takes time. It’s definitely started a more honest conversation which is good. Whatever your background is, or wherever you are in your career, it’s given us permission and a platform to speak up and that has been the biggest change. It can’t just end here – we need to continue to speak up but make sure that it is heard and that there is an equally passionate response.